In this article, we’ll answer all of those questions and more to help you get started with PostgreSQL transactions and implementation.

The important thing to note about PostgreSQL transactions is that they are ACID compliant. That means they are consistent, atomic, durable, and isolated. Transactions are consistent in the sense that the changes are propagated throughout the database at the same time—in other words, there won’t be any discrepancies. They are the most fundamental unit of any database and are hence atomic. If you want to learn more about what it means to be ACID compliant and what other kinds of compliance there are, please check out this article.

PostgreSQL transactions are also isolated. If one transaction fails due to some reason, the database remains unaffected and the other transactions may still go through. This means that they are also pretty durable and dependable.

Why Database Administrators use Transactions

The main selling point for transactions is that they are easy to handle. Many database administrators use transactions to take advantage of a database's various features. Transactions can also simplify many tasks by automating part or most of the work.

Transactions also add a layer of protection that can prevent simple mistakes from causing catastrophic failures.  There have been many cases when DBAs failed to use transactions and lost crucial data. One noteworthy example is the Microsoft Sidekick incident. One of Sidekick's third-party providers neglected to establish a proper backup architecture using transactions, which ultimately led to all the data on these devices being lost forever. The Sidekick event could’ve been avoided by setting up a proper backup flow using database transactions.

Another data loss incident that could’ve been avoided using transactions is the AMAG Pharmaceuticals data loss incident. The database administrators at AMAG Pharmaceuticals lost HR data after one of the files stopped syncing with the folder. As a result, the other files started to disappear from the folder as well. Even though the company was able to retrieve the lost data from a backup, it was an unnecessary cost that could have easily been avoided by following proper transaction flows.

There are several advantages to using transactions in any database network.

We can chain some events together using multiple transactions in a database. For instance, if we want to design a transaction for customers filling out a form to get money, we can include several other events—such as sending their account balance, sending a request to the payment database, and then paying the customer.

The only thing a local administrator will have to keep track of is the initial request and the response since most of the other stuff is handled by the transactions in the background.

Flexibility is another primary advantage of database transactions. Using transactions allows us to change values in the database without accessing sensitive information—a perfect use case for corporate employee databases. In these databases, the user will only be able to access or change their information without knowing any of the sensitive details such as database passwords or server addresses.

Data loss is extremely common in the real world, with millions of people losing their data every day due to some technical difficulty or a glitch. We mentioned above that transactions are consistent, so using transactional databases will help maintain the data without any data losses due to technical errors.

Transactional databases will also reduce the risk of losing any intermediate data if there is a power cut or an unexpected system shutdown.

Non-overwriting storage is also a key to creating transactions in PostgreSQL. If you remember, one of the most important things about a transaction is consistency. If we want to preserve the data, we must maintain multiple copies of the tuple. We can only remove the tuple when there are no transactions on that particular tuple for a long time.

We’ll see two examples of how to implement transactions. Follow the below steps to start working with your PostgreSQL in Arctype.

First, create a PostgreSQL database using the below command.

The above command creates a database with the name ‘MyDB’ as the superuser. You need to use the password for this user later on. If you haven’t changed anything during the installation, the database will be up and running on the default port 5432.

Now, we can start configuring the database. For this example, we'll make simple MMORPG style database with two tables— player_character and skill_table. The player table will contain the list of all the players and various elements like level, name, etc. The skill table will consist of all the skills in the game. Each player can have multiple skills.

We can create this table using the below command:

Now, let’s go ahead and create three skills in a skills table.

Now, we have to join the two tables using the PostgreSQL join command. Let us see how to go about that.

The SELECT command selects the mentioned columns in both tables. Then, we used the FROM and INNER JOIN commands to actually link the two values. If the value of skill_name changes, the value of player_skill also changes.

Now that we’ve seen the basics, let us create a simple transaction. For this, we’ll start with an Item table.

The above transaction inserts the item into the user database only when the user can afford to pay for the item and then removes the money from the user account.

Another great functionality of transactions is testing. You can test UPDATE statement for example to see if it would work in practice. To do that you would use a transaction to wrap your UPDATE statement and a SELECT query (to test the update) and then reliably roll it back immediately.

Here, for example, is a test of an UPDATE to the skill_type of a particular skill.

A transaction typically ends with a commit but since you're just testing and do not want the changes to be permanent you will just rollback.

Transactions are a key part of PostgreSQL and the world of data as a whole. After reading this article you can now create transactions and operate with them with full efficiency. 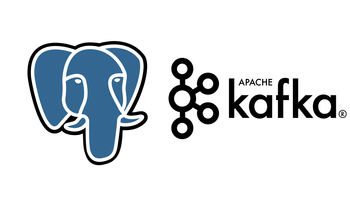 Partitioning MySQL: Why, When, How?