Parsing is the process of refining the structure of your data to adhere to a specific data storage format. Turning your data into a particular form is usually necessary to run SQL queries inside your database. For example, some SELECT queries require that data selected from two or more tables have the same amount of columns and that the data types of those columns would also be the same.

Parsing data can lead to mistakes that cost engineers time and resources. Moreover, the bigger your data set is, the more difficult it is to parse and understand. This post will introduce simple SQL operations - and their pros and cons - that make transforming your raw data simple and fast.

How do you parse data?

Generally, the process of parsing data goes something along these lines:

To accomplish these steps there are just a few SQL keywords to understand. One gotcha is that these SQL commands are destructive: they can change the schema and data. Therefore engineers should watch for the privileges inside their database instances. Here are some theoretical use cases:

Now that you have the order of operations and some commands, here is a real scenario:

Easy, right? However, avoid jumping to any conclusions so quickly. Instead, we will look into what can happen once we parse big data sets.

As a database engineer or developer with very large amounts of data to parse there are subtleties to the operations above to keep in mind.

The more data you have, the more complex parsing will become, and ordinary queries like ALTER TABLE might not be an ideal choice anymore: in that case, you’re better off dropping the table, adding or removing the necessary columns, and loading data into the new table instead. That is actually a simple operation.

The above will work if you want to create a table called demo with the structure of demo2 .

will also work if you want to insert data into a single column.

Bear in mind that when parsing is concerned, LOAD DATA INFILE comes with its own features including giving you the ability to ignore certain columns by writing IGNORE which may be useful in scenarios where you have a lot of data, but do not want to keep it all: export your data into a file, then create a table without the column in question, and use a query like this:

To insert the first column of data before the “:” sign into a column called demo_column. That way the parsing will be way faster compared to running other similar queries.

Parsing data relies on the settings allocated to your database – double-check the settings you have set inside of my.cnf (or if you use other database management systems, other files), use functions available in Linux to see how many resources you have, and make sure to properly use all of the resources you can to make your DBMS perform at the best of its ability. The better your database will be optimized, the faster parsing operations will become.

Keep in mind that there are certain standards that database administrators usually use to parse data including the format that the data is formatted in. The majority of parsed data sets will parse the data using the “\t” (tab) delimiter, others will parse data using “:”, and some other people like to use “,” to make the data suitable for Excel. There also are other characters that are used, but these are not as frequent.

See where we’re going with this? The use of basic functions is enough to enable you to quickly copy and paste stuff over into a SQL script. However, don’t think we’re finished – parsing also comes with problems unique to itself.

Parsing can also be problematic once more extensive data sets enter the picture. One of the scenarios where the parsing of data can become a bit inconvenient is when we need to change the structure of a table. In MySQL, for example, designs of a table are usually changed by either removing, moving, or renaming a column in question. In MySQL, you can remove data by running DELETE queries, while you can add columns or drop them using the ALTER TABLE statement.

Both of these statements can become problematic in their own ways. For example, DELETE queries might cause issues when we have indexes or partitions set up (both indexes and partitions speed up SELECT queries at the expense of slowing down UPDATEs and DELETEs). In contrast, ALTER queries might become problematic because when we involve more significant amounts of data, ALTER TABLE queries usually copy the data on the disk before doing any actual "work" on the information itself.

For example, here's a process in which ALTER TABLE might work against us:

We might need to allocate a little more time towards the third step of the procedure because of what is happening behind the scenes. When you run an ALTER TABLE query, MySQL usually goes through a couple of stages to complete this process:

Not surprisingly, some parts of this process can take a long time to execute, especially if we're dealing with more extensive data sets. So how do we overcome this, you ask? There is one way:

If we perform the steps above, MySQL will no longer need to create a temporary table. Problem solved!

When we are dealing with indexes or partitions, on the other hand, we must be aware that both of them slow down DELETE queries. In that case, it may be wise only to delete data from a specific partition rather than deleting it from the entire table at once.

Tools you can use to parse and analyze data

Database GUI tools often allow you to upload CSVs to your database directly and use a GUI selector to filter out which columns you want.

In this post, we have focused on simple SQL operations (with some surprising side effects) that you can use to quickly load your data so you can get on with writing queries and building applications. 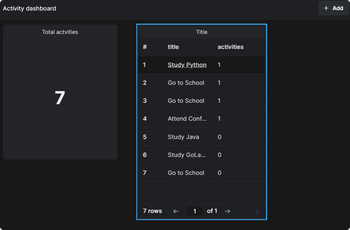 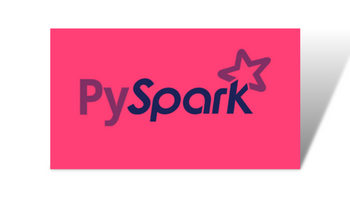