Prior to this release, Arctype executed queries and then waited for all results to come back before rendering anything. In most cases this works fine, but we think that a good SQL client should always feel snappy—even when returning thousands (or even millions) of rows from large result sets.

With streaming, we now render results in batches as they are returned. We initially began testing this feature with a batch size of 100, which we later increased to 1000. This batch size adjustment further increases performance by reducing the number of requests necessary to return a full result set, thereby also reducing network latency and, consequently, query execution times.

The first rows are displayed considerably faster and the row count increases as more results come in. To try out query result streaming, update your desktop app or get it here. 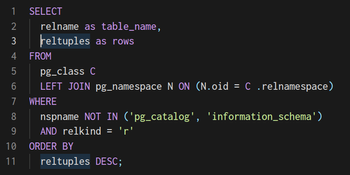 Why You Should Use Monaco instead of DraftJS How to Set Up PostgreSQL High Availability with Patroni